is a serial entrepreneur, investor, technology influencer and advisor. He is known for early investments in blockchain and cryptocurrency companies such as Ethereum, Binance Coin, OKEx, Augur Project, and many other well-known defi protocols. Isaacs is regarded as a pioneer in identifying early high growth blockchain companies.

Isaacs has frequently been profiled by Forbes, The Independent, Bloomberg and CNBC. He has worked closely with a number of well known blockchain startups in different industries, such as KuCoin, OKEx, Circle, and Dragon.

Isaacs started his career with experience at GLG Partners in 2012, where he worked on complex portable alpha structure investments, market neutral investment strategies, fund of funds and other financial instruments. In 2014, he joined J.P. Morgan and worked on their Equity and FX / Arbitrage trading desks. In 2007, he was appointed as an advisory board member of New Money Systems at Lifeboat Foundation. Isaacs founded the viral opinion based network Amirite.com, one of the first original 9GAG ​ and 4chan ​ type sites where the internet meme was born, and the early influencers created. He has also worked with some of the biggest social media influencers such as Julius Dein​. Isaacs is regularly featured in his videos and stories and introduced as Julius’s business adviser. He also runs the fastest growing Social Media Influencer group on Facebook with over 15,000 power players in the Influencer, Entrepreneur, and Investor spaces. In 2014, Isaacs began investing in a number of well-known blockchain protocols like Ethereum, Augur Project, Dragonchain, OKEx, Grin, KuCoin Exchange. He is recognized as one of the leading tech/blockchain investors and influencers globally by Forbes. His mission is to accelerate the development of decentralized computing and web3 networks so that a better digital ecosystem is created.

Isaacs speaks at conferences and industry events around the world such as Techcrunch Disrupt, Web Summit and The next Web and has given talks on topics such as blockchain technology, cryptocurrency investment strategies, startups, fundraising, viral content, entrepreneurship and content virality. Isaacs has built an impressive following and has over 1m followers across his channels on Youtube, Instagram, Twitter, Tiktok and Linkedin.

The Future of Money & Technology Summit

The Future of Blockchain Digital Currency

Brands Oliver Has Worked With

Is rapidly changing the way applications are built and function on the internet. It’s Key advantages, decentralization, trustless validation and immutabilty, offer tremendous potential for reordering the internet landscape. Digital assets and digital securities, tokens and coins are the fuel of this new economy. 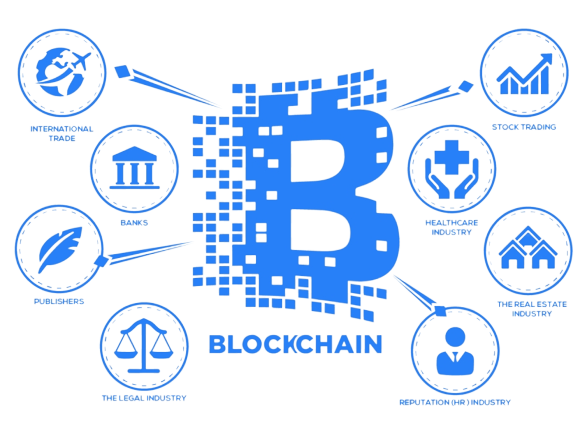 Based in London and San Francisco, Oliver and his team bring a wealth of knowledge and expertise in marketing, technology, legal and capital raising. We have harnessed our experience and wide-ranging network to advise leading blockchain-based projects around the world. Here’s a list of companies and brands we have worked with. To date, the total amount raised by companies Oliver and his team have worked with exceeds over $100m.

Our experience working with 20+ tech and blockchain companies over the past 6 years has given us deep insight into the importance of a well-coordinated and efficiently executed campaign; whether through strategy, marketing, PR/content, design, video, or outreach, we are well equipped to provide the framework and execution plan to roll-out a successful launch.

We offer an end-to-end multi-disciplinary technology, regulatory affairs, and marketing process for companies seeking to raise non-dilutive capital through the token sale process. We also specialise in working with established exchanges, having some of the top 25 exchanges as existing clients. We can also add value on selections of the below if looking for specific targeted advisory.

What We Are Looking For

We would love to hear how your business disrupts the status quo through blockchain. Please feel free to reach out to: management@oliverisaacs.com

Whatever you have in mind, we’d love to hear from you! We aim to respond to all emails within 24 hours!